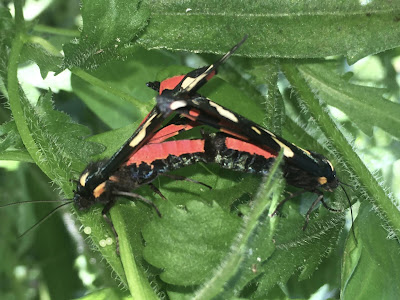 The heady effect of pheromones from female moths on males has been discussed here from time to time, especially during my five years of breeding Emperor moths from one magnificent Empress which called in May 2014.  This week I had the enjoyable experience of seeing the effects of the invisible trail of scent on one of the many Scarlet Tigers which are making the days brighter hereabouts. 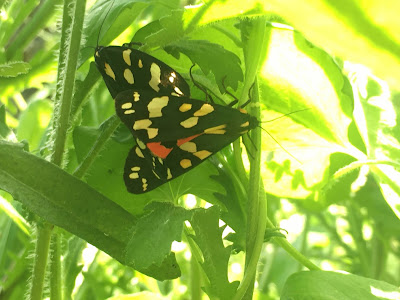 The moth was flying very erratically over our vegetable patch and eventually nose-dived into a large clump of marguerites. I thought that it would settle but instead it clambered around in  a very determined fashion. Peering closer into the tangle of stems, I saw why: a female Scarlet Tiger was positioned seductively on a leaf of the bindweed which was making the maze of foliage even more tangly. 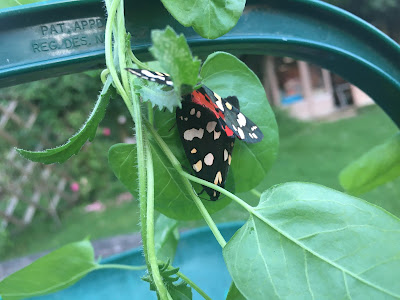 They got together as per my first two photographs, so the chances of another good Scarlet Tiger season next year have been given a boost. This was at about 4.30pm  That evening, I went out at 9pm to light the trap and they were still there. I gently disentangled the bindweed to get my third photo. 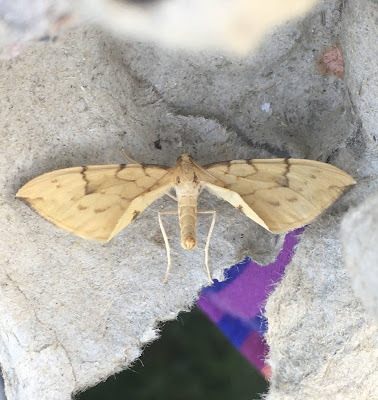 New moths for the year continue to arrive in good numbers, including the Barred Straw, above, with its unusual resting position. I also photographed the Heart and Dart below as a very nice example of the type. 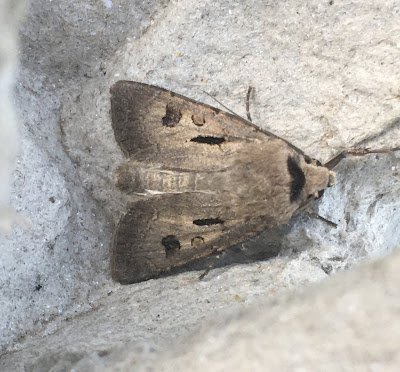 Another source of pleasure here at the moment is the flourishing orchid population - we have five species within a mile of our front door. One of them, the Early Marsh, has finished flowering but the wonderful Bee and weird and whacky Lizard are currently going strong, along with lots of Pyramidals and almost as many Common Spotteds. 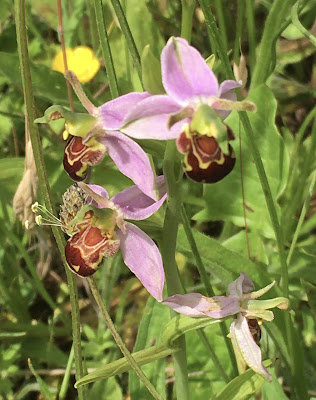 Looking closely at one of my pictures of the Bees, I noticed a tiny insect on the upper pink petal. Maybe it's a tiny bee. 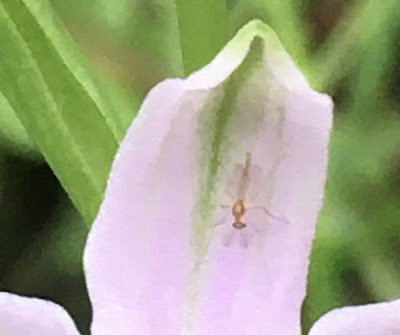 And here's the Lizard, below. Quite a rarety and a great plant to have so close to hand. 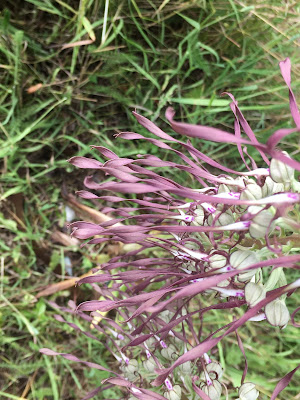 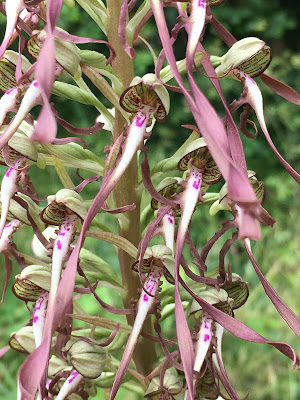 Finally, my niece took this excellent picture of a Large White butterfly down in Cornwall, about to alight on one of the many flowers on the beautiful sea-cliff paths. 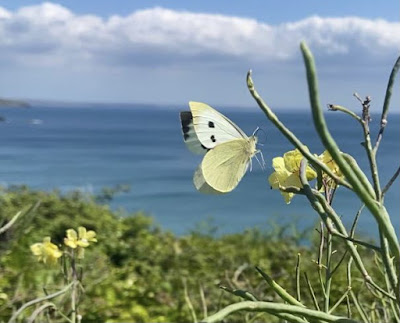 Posted by Martin Wainwright at 22:56