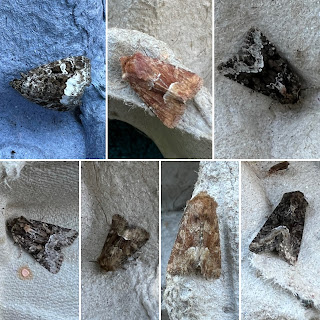 I put the trap out last night for the first time in a while and the lamp shone from 9pm to 7am but with interestingly sparse results. There were only about 25 moths in the eggboxes compared with tallies in mid and late May of over a hundred. The great majority were Marbled Minors, the small, pretty and variable moth shown above - with a related Middle-barred Minor in the middle of the top row. The similarly pinkish moth in the second row is, I think, a Rosy Minor, another close relative. The moth is often described as Marbled Minor sp, for species, as the Tawny and Rufous Minor are so similar. There isn't, sadly a Morris Minor, though both Penny and I used to own one and if you have time on your hands, you can take my history of the car out of the library.  Update: Thanks very much as always to Stewart in Comments for gently putting me right.  What we actually have here from top left is a Marbled White Spot, which is not a Minor, plus three Middle-barred Minors and three Marbled Minor agg (a description because the different ones are too hard to tell apart without knowledge more specialist than my own.  Many thanks!) 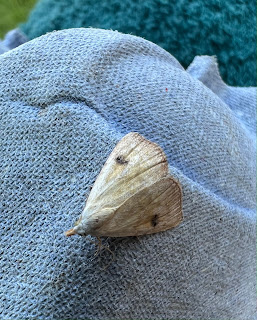 A newcomer for the year in the eggboxes was the Straw Dot, whose name reminded me of this rather faded White-spotted Pug below which visited earlier in May but got lost among my photos of grandchildren, flowers and the rest of it cluttering up my picture library. Actually, I shouldn't say 'cluttering' as they include some interesting scenes such as the vixen and cubs and curious cut stems of a dead Clematis montana, below. 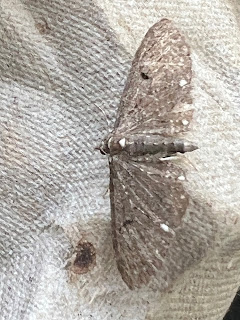 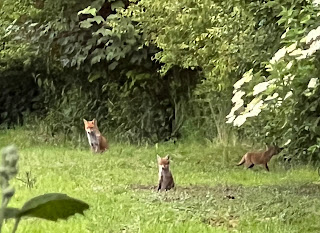 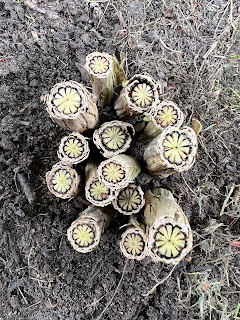 Also from the forgotten album, here are a couple of sleepy Maybugs in an egg cone, a bright little Brimstone moth on the bulbholder of the light trap, a contrast in black and white colouring between a Peppered moth and a White Ermine and a nice little red and black beetle. 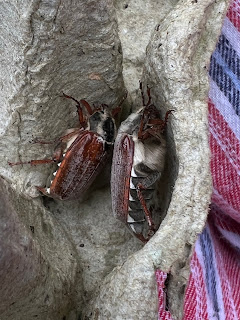 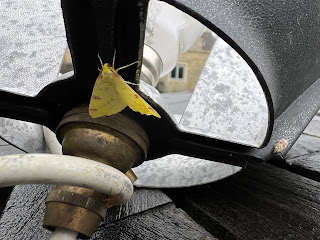 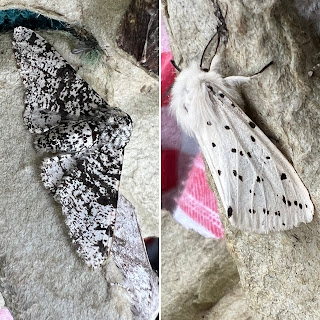 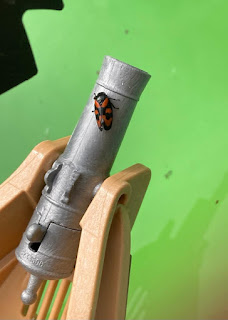 In case you were wondering, it is perched on a cannon from the children's Playmobil pirate ship which sank in the miniature storm and was the subject of a major salvage operation. I think it's a Red-and-black Froghopper, Cercopis vulnerata.
Posted by Martin Wainwright at 07:49

Correct ID on the froghopper Martin. They are smart.

Hooray! For once I was right! Thanks as always for your scrutiny. M

Hi Martin, in your Minors pic you have 1 Marbled White Spot ( not a minor) 3 Middle barred Minors and 3 Marbled Minor aggs. Sorry no Rosy's. They don't emerge til August...

Hi Stewart and many thanks for this - how ignorant am I! And after all these years. The Minors have always foxed my limited powers of ID. Much appreciated and all warm wishes, Martin