The hawks are back 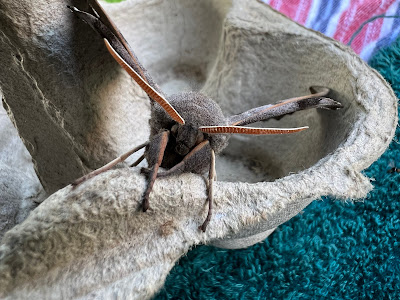 Small may be beautiful but BIG is impressive and I cannot hide my fondness for Britain's hawkmoths, taken as a whole the largest and most impressive of our native moth species.  As always, the Poplar Hawk shown in my first two pictures was the first to arrive this year, on the night of May 8/9 when there were three in the trap.  I am sure that they have been around for longer than that but I hadn't lit the lamp since my last post on 24 April. 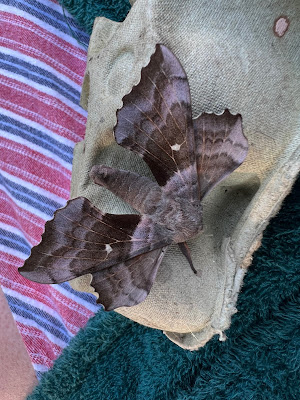 The second species to arrive this year is the Lime Hawk. This beautiful example was perched sleepily on the eggboxes this morning. The night was mild and the moths were the most abundant so far in 2022, including the Green Carpet, Alder Moth (in its second year now, though I also had them in Leeds before 2013), an Oak Tree Pug (I think; I am dodgy on pug ID), a perversely greenish Yellow-barred Brindle snuggled  on the house wall and a loyally orange Orange Footman. 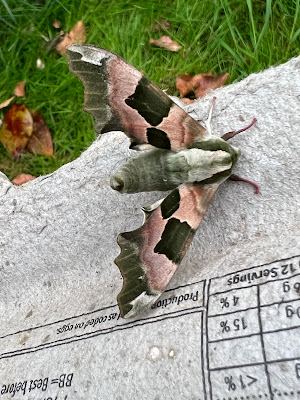 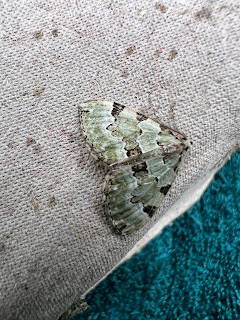 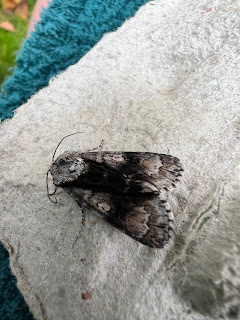 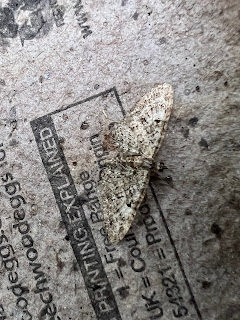 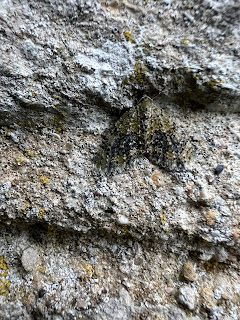 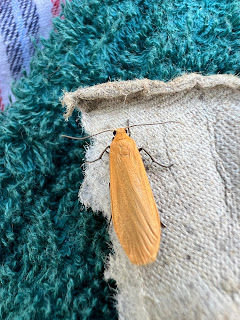 My composite pic below meanwhile shows a selection of the other arrivals - by line, from left to right: Swallow Prominent, Red Twin-spot Carpet, Seraphim - a lovely little creature - Bee Moth, Coxcomb Prominent, Brimstone, lending its bright colour to the trap, the Lime Hawk again, a tiny 20-Plume and a Chocolate-tip with its flag-like 'tail'. 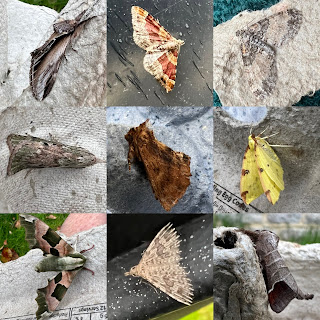 Away from the moths, Penny and I have had an interesting time in the countryside, practicing for a sponsored walk I'm doing on Sunday - I hope! It's a Marathon, 26 miles around the downs above the Thames for Maggie's Centres. In the course of a single recce I saw the magical bluebell wood below, the friendly hare and a very long series of thrushes' anvils along a path whose hedges were full of Redwings on their annual visit from Scandinavia.
Sunday's timings mean I'll have to walk a bit fast for leisurely nature-spotting, but after that I'll be back to my usual ambling pace, eyes wide open and iPhone camera ready. 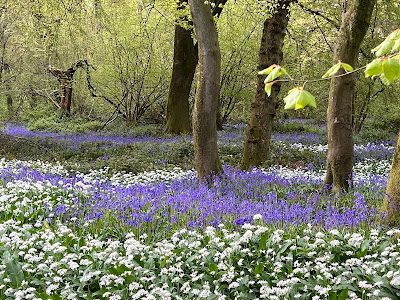 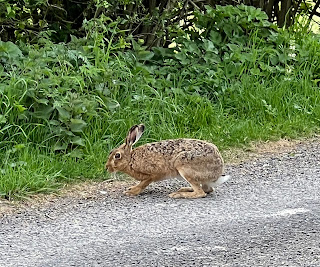 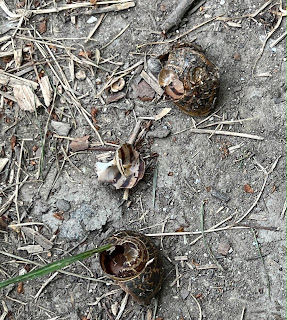 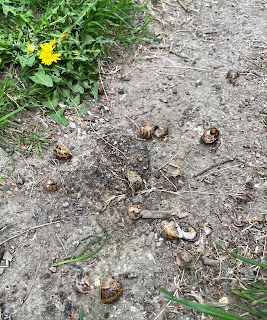 Lovely selection of moths, Martin. The last time I'd looked at your site it was still December I think, so good to see your page active again. Will catch up on those I've missed.

Thanks so much. I've been slow to start this year and will be trapping less frequently - just seems to be too much else happening. Hope all is well with you and yours. All warmest as ever, M

Yes thanks, Marin. Hectic couple of weeks to come- but hopefully all good.