All natural life is here 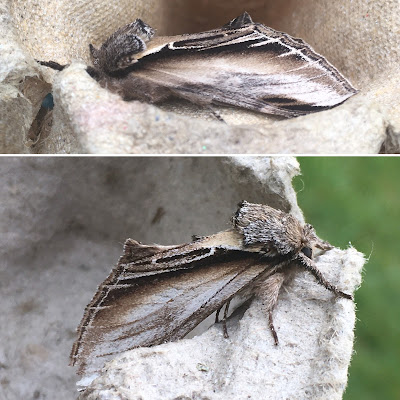 I have dawdled in bringing my posts up to date because of a prolonged spell of cold weather - see the frost on my small pic, left -  which has now been followed by rather a lot of rain. The trap has either been snugly stored in the shed or sparsely populated but there have been one or two nice arrivals and here they are.

Above is the handsome Swallow Prominent with its rakish looks and habit of stretching out its forlegs like a cat, a pose common to most of the family of Prominent moths. Then below we have the Muslin moth, a sort-of Quaker relative of the White Ermine which quite often has pale blotches and bands on its grey coat, as in the lower example here; perhaps some Ermine genes are straining to show through. The bodies of the Muslin and the White Ermine are extremely similar; the top moth was so soundly asleep that it rolled over to make the point without stirring. 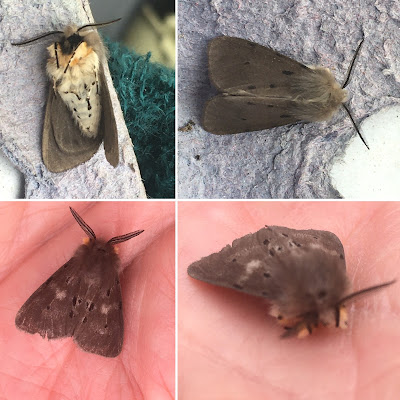 The grandchildren came to visit and the moths obliged with a well-varied guest list. Here below are enough different species to take up quite a few of Emily's fingers: Powdered Quaker, Brindled Beauty, Early Grey, Hebrew Character and in the next two pictures, a Pale Prominent - such an odd-looking creature - which relocated to London and was released there, alive and well. 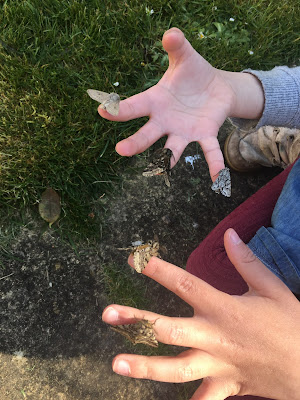 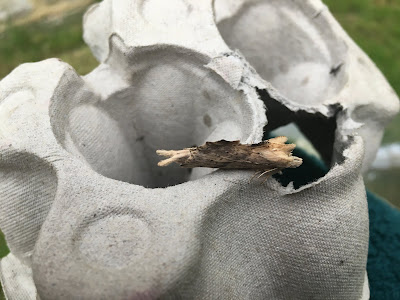 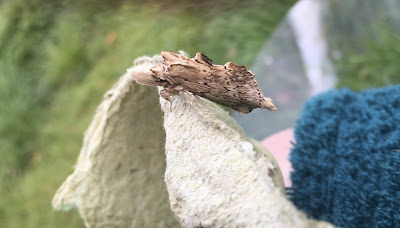 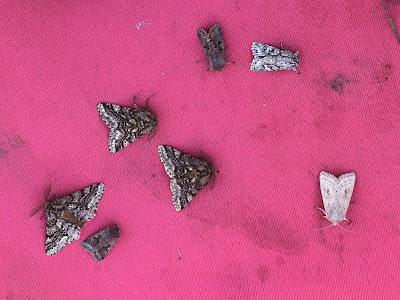 Finally, so far as the moths are concerned, a neighbour up the road found this lovely female Emperor moth, below, on her garden shed a week or so ago. I wonder if she is part of the great dynasty stemming from the glorious moth whose picture tops this blog She visited me in May 2014 and left me some eggs which hatched and were the start of four generations bred here whose progress I've recorded many times eg here and here and here.  Many thanks for the use of the excellent photo.  I have yet to see one this year, but here's hoping. 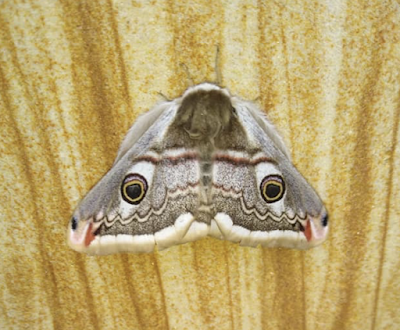 Elsewhere in the wild world, Penny and I have much enjoyed a series of Spring sights, including masses of Brimstone butterflies, Speckled Woods, Holly Blues and - shown below - Peacocks and Orange Tips. 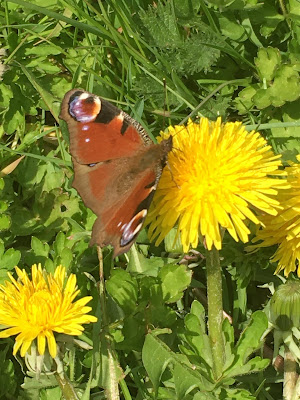 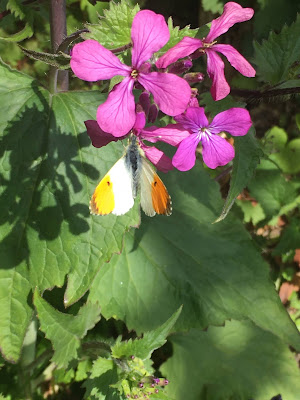 Meanwhile, ducklings are growing rapidly on the canal, Canada Geese ditto at Blenheim Park and today we encountered this excellently tame bunny in a warren by the Thames between Godstow and the lovely Perch pub. It seemed to be too small and inexperienced to understand potential threats. Let's hope it learns soon, but thank you for posing in the meanwhile. 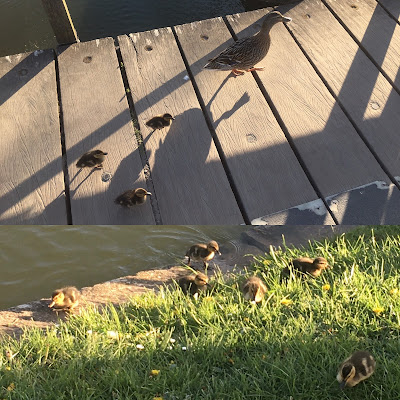 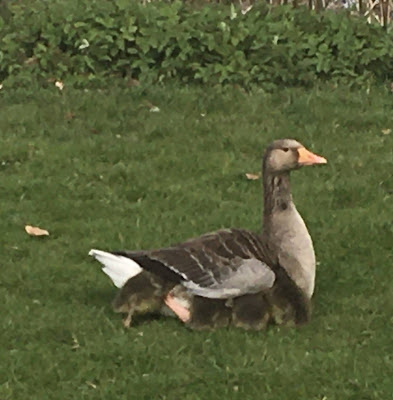 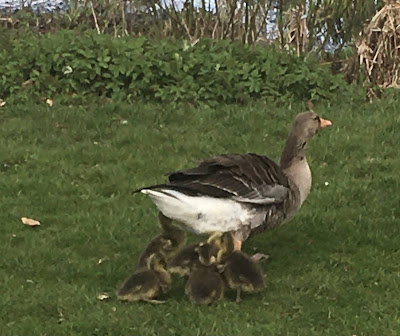 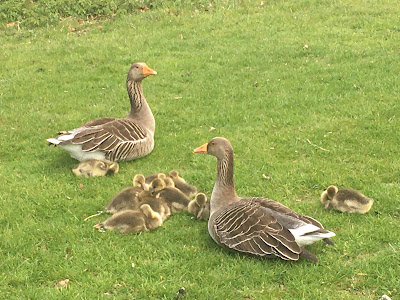 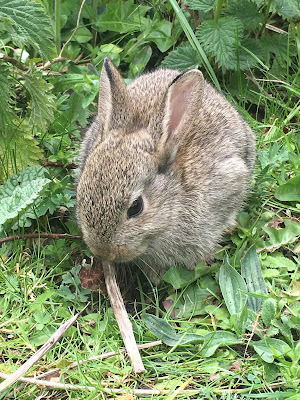 And lastly, something unexpected: a lizard curled up in one the allotment's drystone walls: 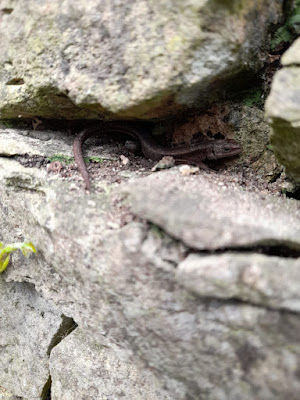 Posted by Martin Wainwright at 19:24