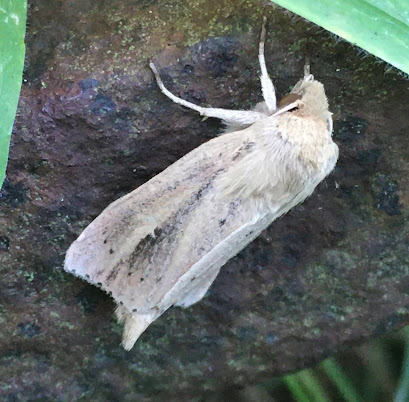 Common Wainscots are living up to their name at the moment and although they are graceful moths, it's easy to lose concentration when you are greeted in the morning by so many. Dave Wilton of the Upper Thames Moths blog warned of the risks of this the other day when he spotted that one of his 'wainscots' was in fact a worn Cosmopolitan moth, a much less frequent caller.

I particularly noticed his comment because Penny was chief sub-editor of Cosmopolitan magazine when we were courting - a fact which did wonders for my street cred. (She modestly responds that the fact that I worked for The Guardian at the time did the same for her. If so, I was borrowing from the lustre of others).  Anyway, more important from the moth point of view, Dave's discovery put me on the qui vive.

I have had my share of rarities, including the matchless Clifden Nonpareil, but I never expect them. But then the Upper Thames Moths blog showed its matchless value again. Checking back, I re-read a post from Dave on 19 August, in which he showed a Webb's Wainscot in his trap and noted that it had become an annual visitor for some years. I posted my pics on the UTM blog and bingo! I have a new species for my garden list. I'd kept it briefly in a box while waiting for a response on UTM and I took the next two photos of it in captivity. Isn't it interesting how iPhones' digital lenses respond to different light? The photos above are much more the colour of the moth to my eyes, than those below. 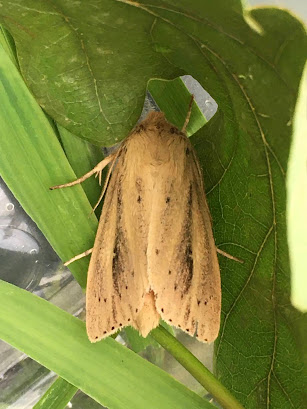 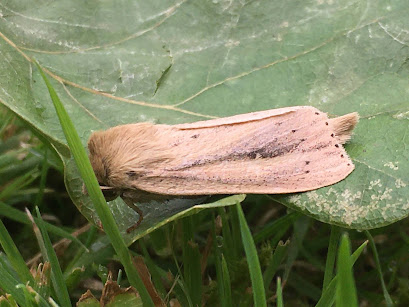 Light and dark play a part in my second moth's ID. For all the striking patches of white, this is one of the light varieties of the very variable Dark Marbled Carpet. Helpfully, it was resting on the trap's transparent cowl and so I could photograph its underwings. 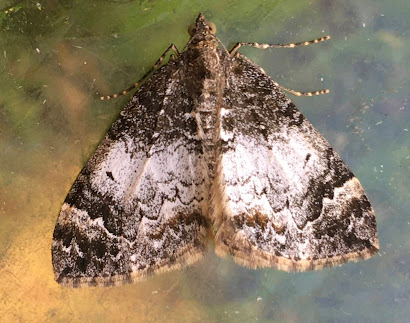 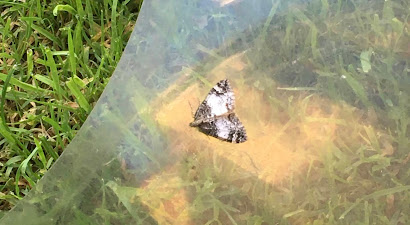 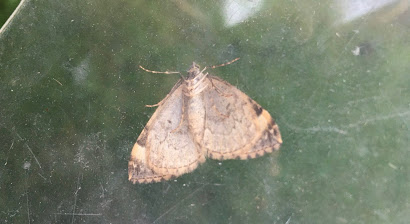 Perched nearby on the cowl was one of my top favourites, the Chinese Character, known to my grandchildren (and many others) as the Bird Poo Moth. Here it is, along with two other regular visitors which always delight me with their green, in the case of the Light Emerald, and their yellow, for the Brimstone: 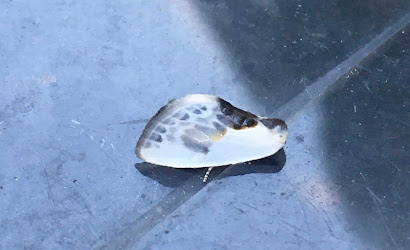 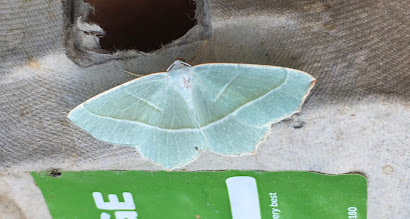 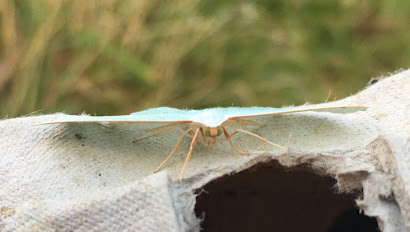 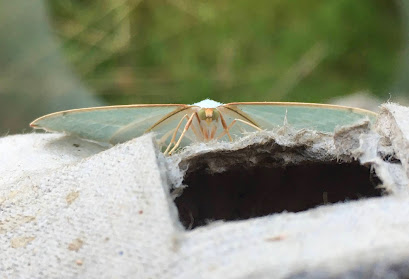 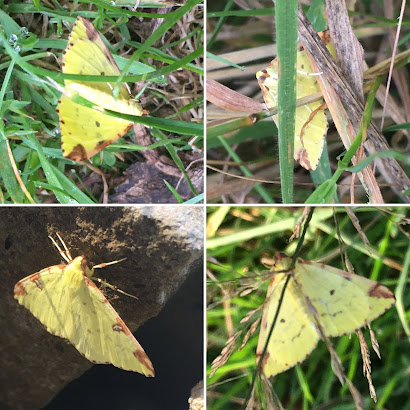 A second Light Emerald caught my eye in plants near to the trap. And look, in the second picture, who it's got for company: 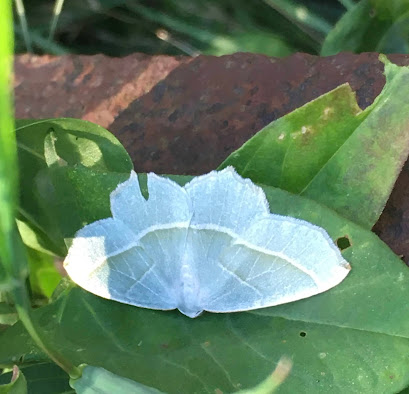 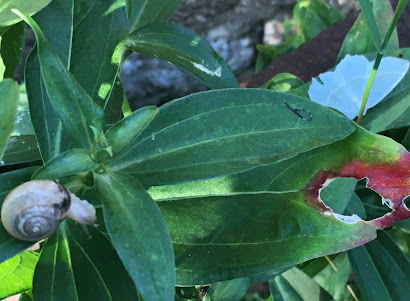 Finally, a nice distinctive micro. Can I ID it against all the odds? We'll find out later this evening, because I am now going to have my tea. Update, after longer than expected, sorry: Yes, I can, as Barack Obama might say. Nick in Comments suggests Agriphila geniculea and that's exactly the conclusion I'd come to as well. Honest.  Thanks v much as ever) 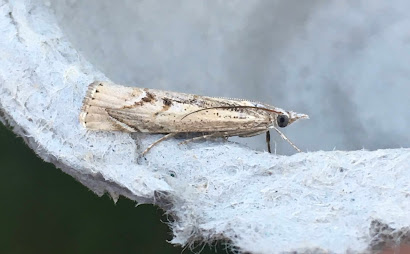 Posted by Martin Wainwright at 19:13

Hi Martin. Not a micro expert but I've had similar in the trap. Maybe Agriphila geniculea? Nick Barber

Thanks very much Nick - that's the conclusion I'd come to as well. Hope you and yours continue well. It's a good season, isn't it, even if recent weather has been a bit frustrating All warmest M

Another vote for A. geniculea!

Some nice rarities there,Martin! I did see a Cosmopolitan last October on Scilly where such rarities are not unexpected.