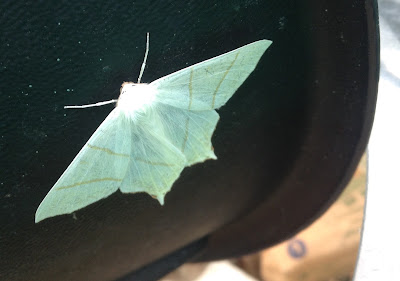 All too often the comparatively large and delicate Swallow-tailed Moth is battered and careworn by the time it appears in my trap, so today's visitor was a nice surprise. Clinging to the cone which surrounds the mercury vapour bulb - and channels moths into the trap in the manner of a lobster or crayfish pot - it was in almost pristine condition.

It showed a distinct preference for black plastic when I lifted the cone out and the moth was subjected to a battering from this morning's breezy conditions. First it flew dozily to the edge of the trap's bowl; then, when I attempted to entice it on to an eggbox for better photography, it nipped back to the cone. Finally, it agreed to spend a little time underneath an eggbox, albeit rather shadily as per my second picture, before flying away and tucking itself into a window architrave. 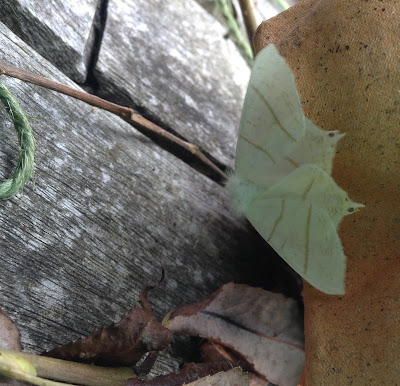 A quiet night otherwise, with most of the eggboxes' other guests made up of Black Rustics and Lunar Underwings, well over 50 in all. But it was nice to find among them a Frosted Orange and my favourite, a Burnished Brass (form aurea), both shown below. 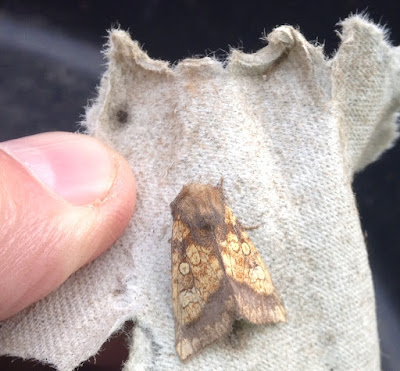 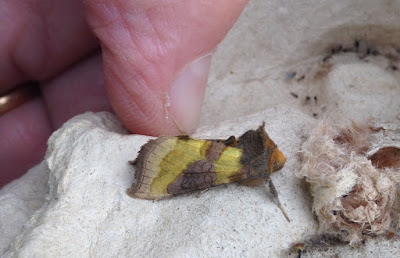 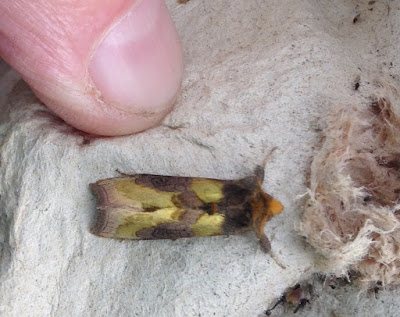 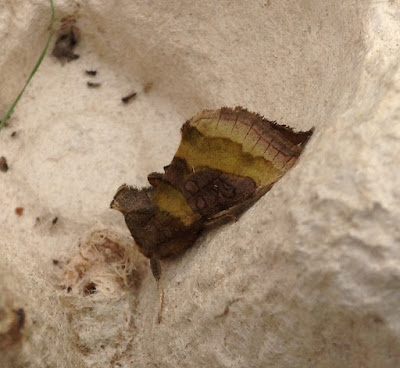 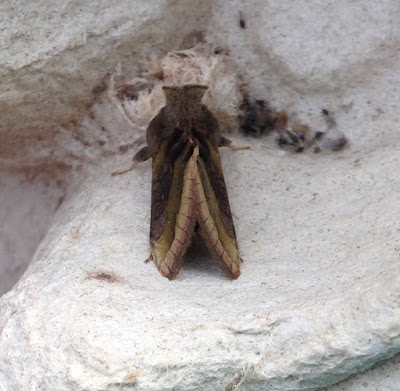 Posted by Martin Wainwright at 09:59