B is for bee (and Buddleia) 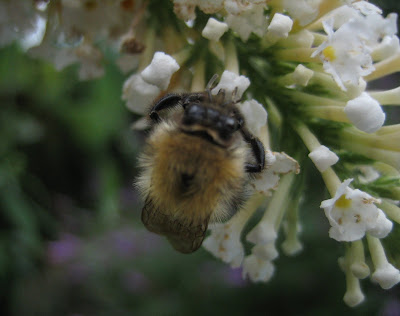 It's been all go today, with the Guardian's email The Northerner to be done and then GCSE kids to meet at 8am. They got up early to get their results at John Smeaton community college in Leeds and it was worth it. The ones I interviewed had done really well, continuing the school's steep and successful climb away from near-failing status. 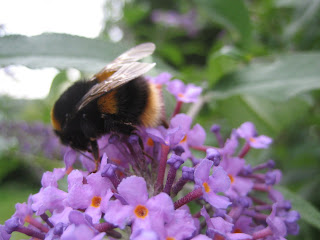 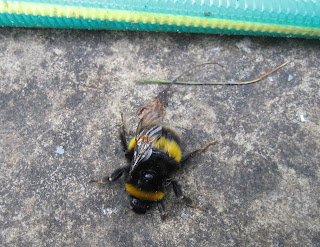 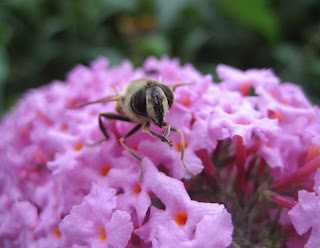 Then there were other bits and bobs so it wasn't until late afternoon that I thought about moths, or rather butterflies. Nature's grand coincidence of Buddleias in bloom and the best of the common British butterflies has brought Peacocks, Painted Ladies, Red Admirals and Tortoiseshells in large numbers for at least a fortnight. Lots of Whites, too, plus Holly Blues, Speckled Woods, Gatekeepers and Meadow Brown. We're alive with bees, too. I went out hoping for butterflies but the sun went in, so I cam back with bees. Here they are, the product of a five-minute stroll during which I saw masses more. I hope that cheers up those who say that they are doomed
Posted by MartinWainwright at 17:50