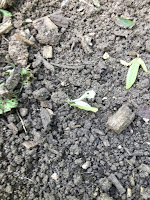 I was pottering round the veg patch a couple of days ago, harvesting and clearing space for some new planting and sowing, when a movement at my feet caught my eye. Movement, along with smoke from a fire and worn paths, were dinned into us as children as sure ways to betray your presence should you find yourself being a partisan in enemy territory (unlikely in late 1950s England, but there we are).

It turned out to be this Small White butterfly, inveterate enemies of mine at least at the caterpillar stage, but I took sympathy on it because its right forewing was not properly formed, probably due to some mishap when emerging from its chrysalis. 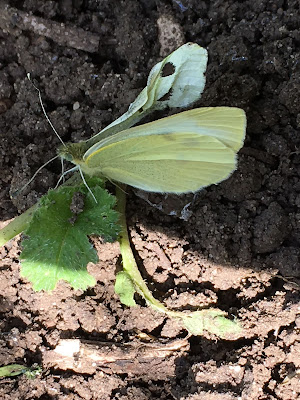 I thought no more of it until the following day, when the same movement drew my attention again, in exactly the same spot. And there was the little butterfly, haplessly scrambling around because my bulk or movement had alarmed it. 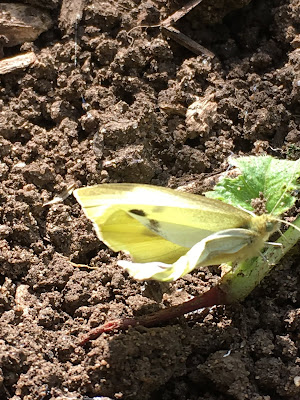 It seemed a lesson in the toughness of these little creatures and, perhaps, the myopia of birds when insects are on the ground and - normally - staying still. I left the insect alone again, although it will probably mate and thus contribute to the devastation of my Purple-sprouting. 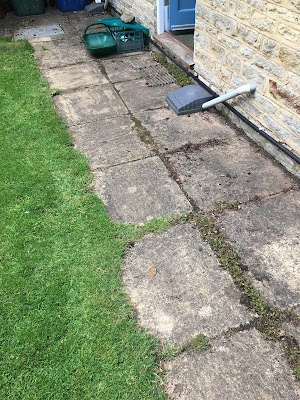 On my way back inside, my eye was caught again, this time not by movement, smoke or an over-used trail, but by a speck of warm colour on the paving flags - can you just see it, above? It proved to be a beautiful Painted Lady, one of loads around this year. They come from the continent in waves and are very attached to particular warm spots where they enjoy sun-bathing on heat-retaining surfaces. 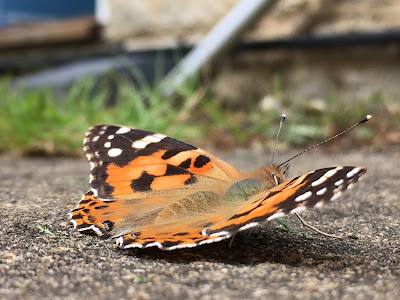 Meanwhile, I finally found time to bike down the canal towpath to check if the aestivating Old Lady moths, which I described in this post a fortnight ago, were still there. No, like their counterparts in the charabanc, right, they have upped and gone. Much remains to be discovered about this fascinating episode including their apparent invulnerability from spiders whose webs were copious in the gloom, and - as Mark Griffiths points out on the Upper Thames Moths blog, bats.


Posted by Martin Wainwright at 08:39