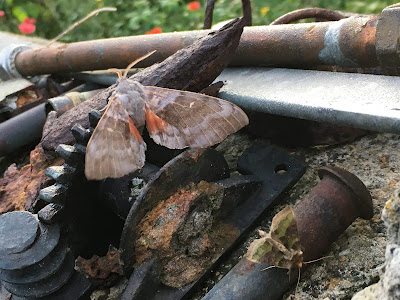 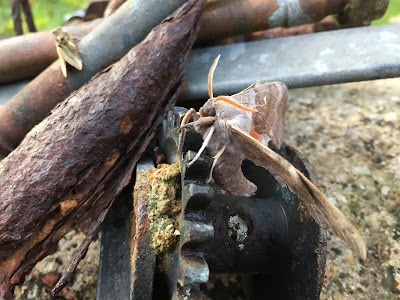 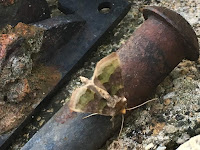 I was  premature in announcing the last of the hawk moths last week. This morning brought another, smaller than usual but in good condition. Perhaps a second brood? A Poplar Hawk, the commonest of my visitors from this aristocratic tribe, it was very sleepy and agreed without fuss to pose on my collection of dug-up scrap, along with another of my favourites, a shiny and appropriately metallic Burnished Brass. 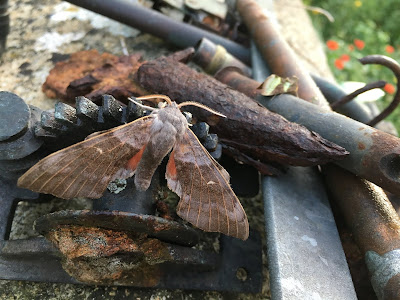 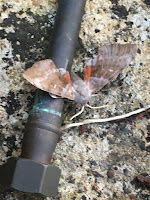 The night was colder than of late and the moths accordingly reduced in number. Still well above 100 but most of them yellow underwings of one sort or another, plus the various small and brown visitors who fail to arouse as much interest in me as they should. There was a nice Buff Ermine, though - pic below - possibly second generation which is becoming more common, and the pleasantly salt-and-pepper speckled micro Agonopterix aranella, a fairly frequent caller here. 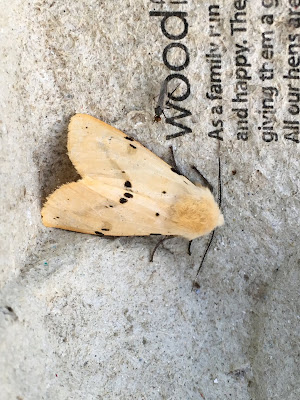 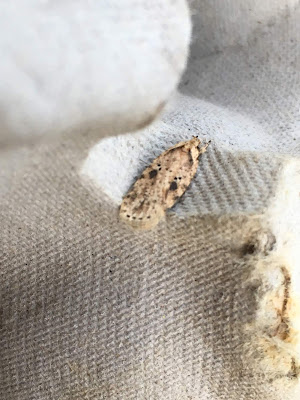 Posted by Martin Wainwright at 06:45