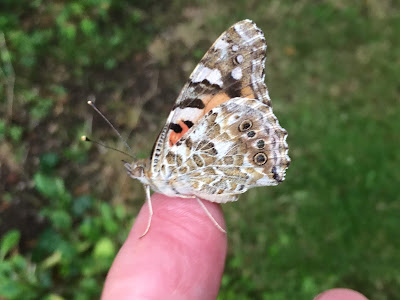 Dave Wilton wrote entertainingly last week on the Upper Thames Moths blog about the remarkable number of butterfly species which have ventured into his moth trap. Eighteen! I reckon I've had about five, of which this slumbering Painted Lady is the latest example. It was entirely docile about posing on my figure, a complete contrast to its bretheren when they are alive and wick. Only last Wednesday, I spent ages stalking one in my grandchildren's garden, only rewarded finally by a rather distant shot. 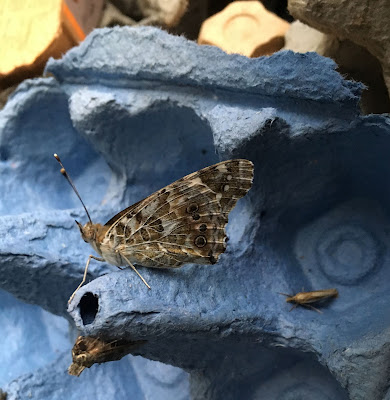 I have always been fond of Painted Ladies as the sight of one in Harlow Carr gardens at Harrogate when I was a small boy finally convinced me that Yorkshire was capable of attracting more than Red Admirals, Peaccoks, Small Tortoiseshells and 'Cabbage' Whites. Another favourite is the Comma, below, a huge success story in terms of modern expansion. I always miss a beat when I see one because their colouring is the same as fritillaries'. I never chase them for a photograph because they seem to operate a 'beat', not unusual among butterflies but almost always the case with Commas, coming back again and again to their chosen patch. 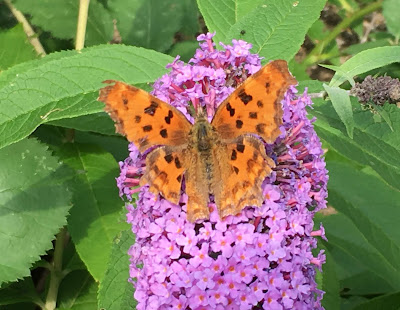 Brimstones came to me much later in life. They are very common round here but had started to reappear in Leeds before we moved in 2013. The Peacock is common everywhere as is the little Holly Blue, though will the latter show me its beautiful blue topwings? Will it heck. I have to make do with the - also beautiful but very familiar - powdery blue underwing. They love holly and oither shiny-leaved shrubs and trees. 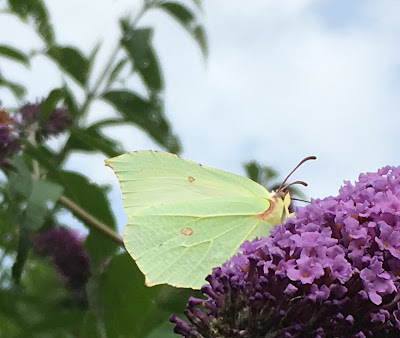 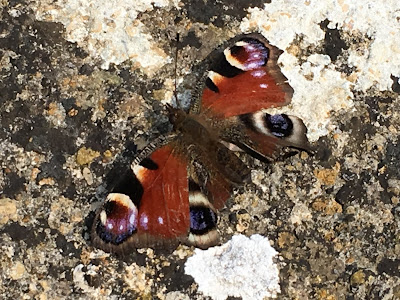 And the Beast in my heading? It refers to that bane of my current life, 'Cabbage' White caterpillars. I regret that I wish them to be in the sad state of the Small Tortoiseshells and dragonfly on our outbuilding's cobwebby windowsill.  Wonderful, I may note, how the long-dead butterflies' wing colours do not fade. That doesn't apply to all species, but the ST's chemistry seems super-strong. 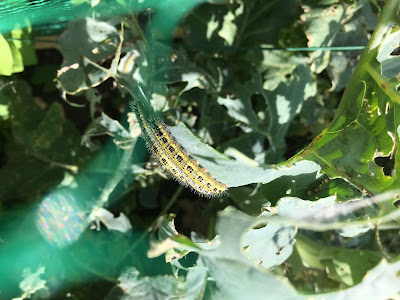 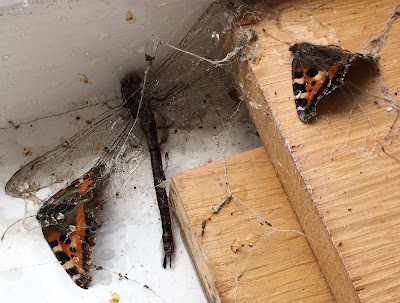 Posted by Martin Wainwright at 07:57