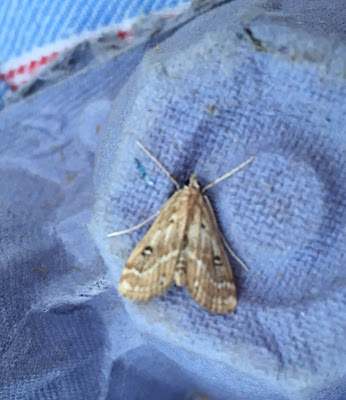 A fifth paper dart moth for you this morning; a male Ringed China-mark. Typically, in a branch of the animal kingdom where the males tend to get the finery and bright colours, he is way more beautiful than his dull, brown consort - pic of the latter, left, from a post in July 2016.  I wonder, too, whether the very plain moth in yesterday's post might be a female RC-m too. Indeed, as per my updates to that post, I am sure that it is.
The contrast hardly seems fair; although it could be argued that this reversal of the general human pattern, where women tend to glam up more, suggests that it's the female moths which actually call the shots. The males seem to be the ones who feel the need to attract a mate, with their equivalents of fashion and cosmetics.

However, moth psychology probably isn't a very sound topic, so over to moth art. Sorry for the slight blurring in the top picture but I wanted to get in a bit of red from my pyjamas. We were taught at school that John Constable deliberately included a spot of red in his largely green and blue landscapes to focus the admirer's eyes, usually on horses' tack,  so I am following a distinguished example. 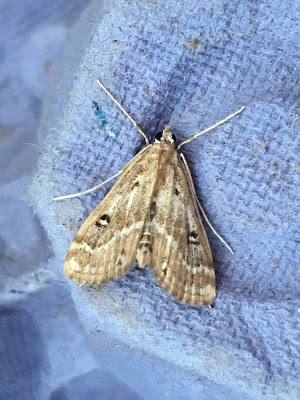 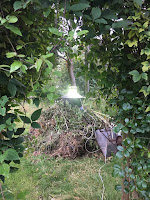 I balanced the light trap on top of our (unlit) bonfire on Wednesday night in the hope of spreading its allure more widely at a rather drab point of the season. The strategy wasn't particularly successful, but the core of brown and slightly dull moths was bolstered by the bright Orange Swift and a second generation Pale Oak Beauty, both below. 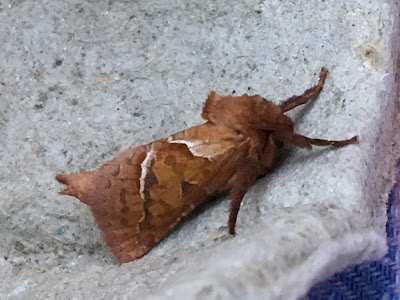 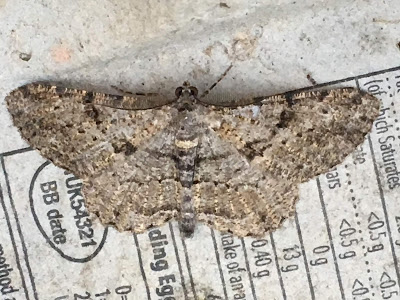 Purely for the colour they lend to things, here also are a couple of iridescent moths, a Burnished Brsas and a Mother-of-Pearl micro, both very familiar but lovely with the sheen from their reflecting and refracting wing scales. 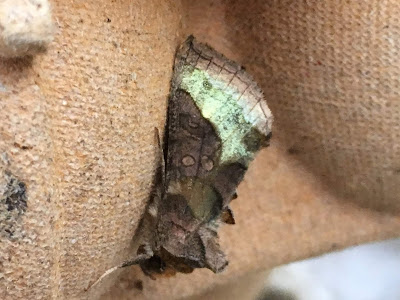 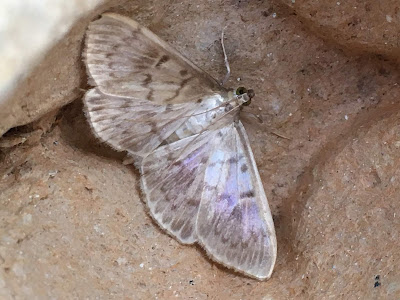 Thence in conclusion for today to another macro which will be around in numbers for the next few weeks, the Square-spot Rustic. Like a lot of its ilk, its superficially 'boring' pattern repays closer inspection. 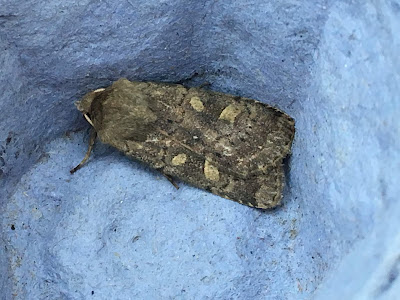 Posted by Martin Wainwright at 05:55