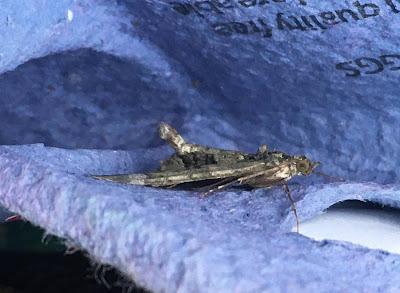 The Red-green Carpets continue to come to the trap in good numbers and this morning they presented themselves from every angle. At the top is one with its body curved to hoick up the tail - a typical resting position for many smaller UK moths. Whether it was trying to attract a mate on a damp and chilly night, I doubt. But moths seem happy to couple at uncomfortably low temperatures. 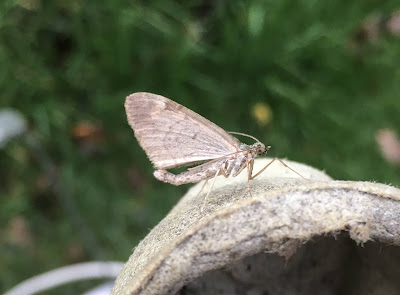 By contrast, the RGC in the second picture is pretending to be a butterfly, a stance which it refused to alter in spite of being buffeted by lively winds this morning. And finally, below, here is the moth from above; small but full of variety in both pattern and colour. 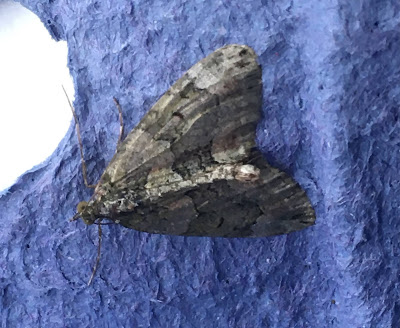 The Umbers, Mottled and Scare also continue on the wing. Today's example is a Scarce, with the distinctive dark markings on its wings: 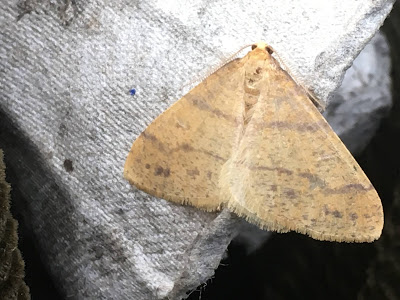 And finally, the well wrapped-up December moths are the current winners in terms of numbers; another five of them shared the eggboxes this morning: 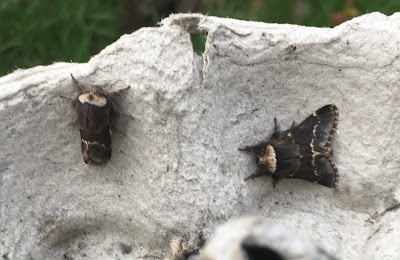 Posted by Martin Wainwright at 14:37

Hello Martin,
Hope you are well; I've not commented for a while.
Anyway, the Red Green Carpet's natural resting position, not producing pheromones.

All the very best

Hi Edward - good to hear from you anf thanks for that. I'm very much winding down but every time I think, that's it then, something unexpected turns up. I've been a bit uncertain about my IDs of Scarce and Mottled Umbers but I def got one of the latter last night (next post). All best and keep safe - great about the vaccines