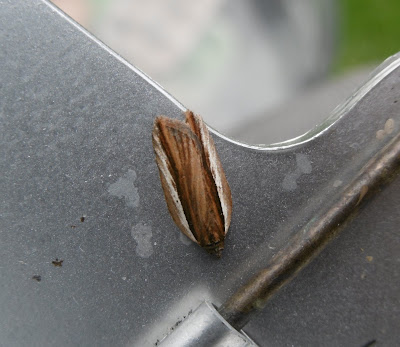 This snazzy little micro was snoozing on the trap's bulbholder this morning, an excellent place to pass the night. I photographed him or her very shortly after turning off the light and the warmth of the bulb was still sufficient to give my hands a pleasant warming. It must have been like the Rivera for the moth.

I thought that I would identify such a distinctive creature immediately from the Micro Moth Bible but I couldn't see its exact equivalent there. I found it, and the explanation, when I tried the very good website UK Moths, which showed exactly this type above a note that the species - Acleris hastiana I am all but certain - is almost as variable as its somewhat scarcer relative Acleris carcana which visited me last week.

I like it when the moths use other parts of the trap to rest, because the effect is like something out of Star Wars. May the Force be with all moths. It certainly seems to be this super-mild December. 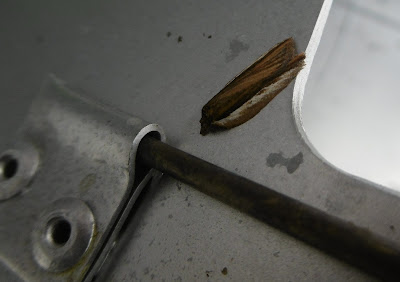 Posted by Martin Wainwright at 17:27